There is a Right Way to do a Turnaround

As many of you know, my firm, CFO Colleague, consults with a variety of higher education institutions, with one of the larger projects being turnarounds.  We are in the midst of turnaround number six at the moment and, so far, they have all worked.  When all of this started, I knew a little.  Our team has learned a lot more since then.  For a variety of reasons, the U of Akron got theirs wrong and it will be a struggle to save it. Here’s why/

First, they are in a state that just boasted of a tuition freeze for all public universities as a part of a two-year budget. So, in their retrenchment plan, UA decided to add a $50 fee per credit hour.  Students rightly believe that this is a tuition increase.  UA could have increased other fees on a flat rate basis and it would have been disappointing to students but would not have mimicked tuition. The state will likely have something to say about this.

Second, getting rid of a major sport is a pretty serious cut.  Did they factor in the tuition and other revenues coming in from students who are at UA because they have baseball? What happens when those students depart for other programs? Did they work with the athletic director to find savings in a bunch of programs so that a singular one is not eliminated?  Seems like a sacrificial lamb on the altar of showing the campus community that cuts were everywhere.

But they weren’t “everywhere,” bringing me to my third point.

Because faculty contracts had already been let, no faculty are being released. Only non-faculty positions – to the tune of 215 staff being affected, at least in this go-’round. So, are we to believe that a $60 million problem was unknown when faculty received contracts?  Higher education is the easiest industry to predict, even factoring in for less than ideal enrollments. Rest assured that the board and administration was fully aware of the magnitude of this when the budget was presented and approved.  They just didn’t want to contend with a fiesty faculty. Hence, they purposely waited until the summer and didn’t even consider anything related to the faculty.

In my experience, they could have offered buyouts for faculty even now.  That’s right, they could have offered faculty qualifying for retirement a year and a half of salary in a lump sum if they would exit their contract.  Surely, there are some faculty who would love to retire but don’t have the level of motivation to do so. No mention of this kind of an initiative. So, the faculty get paid for another year.

Fourth, part of the plan is to raise revenues from additional students.  If it is so easy to find students now, what have they been doing for the past few years? Assuming a tuition of around $10,000, that means they will be adding another 1,000 students.  Because this is Ohio and their students are less than likely to recommend the place, this seems to be wishful thinking.  It’s more like a set of marching orders to enrollment.  Weak administrations are known for such utterances.  Again, this is put on the list to show that no stone is unturned and that staff are not the only ones to be hit with reductions.

Finally, how are they dramatically changing the way they do business?  A few programs here or an initiative there doesn’t change much.  Some schools are gutting just about anything that is unrelated to the classroom experience. Some are looking at increased online offerings and cohort-style accelerated degree programs for the adult learner.

My firm,.CFO Colleague, has implemented forecasting systems for schools of a variety of shapes and sizes. We have also implemented cost accounting programs to understand what courses bring in net tuition revenue and the direct cost of them, all the way up to the net revenue and cost of a school or division.  It just seems as though this was not thought through well.  As such, the state could very well overturn the tuition increase, the new revenues might not come in and the staff cuts could leave students with a poorer experience.  Then what?

It could have been done differently.  Time will tell but I think they got it wrong.

Borrowing from the Endowment 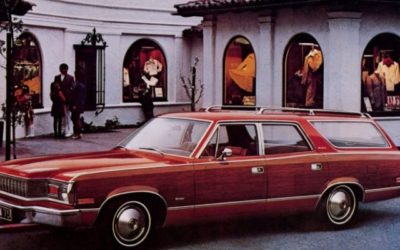 The Gremlin, The Pacer, The Matador and Benchmarking