The conversation about the level of financial aid needed to bring in next fall’s incoming class is an interesting one.  Typically, it is a tug of war between those who are trying to recruit as many as possible and those who are tasked with making the budget balance.  Leveraging firms propose what they believe is an optimal mix of discount and new student numbers so that this year’s net tuition revenue exceeds last year’s.

My thesis here is that this is not enough.

The last installment dealt with the dynamics of losing low discount students, replacing them with those of much higher discount. (See: https://www.linkedin.com/pulse/trading-off-price-population-lets-do-some-math-jeff-spear? ) For this chapter, I am looking at where net tuition is heading over the next few years. I call it “advancing” net tuition.

The definition of “net tuition revenue” or NTR is the amount of revenue that an institution receives from student tuition after subtracting institutional financial aid (aka “Tuition Discounts.”)  You might say that this is what an institution REALLY gets from its students, versus what is charged as gross tuition or what some call the sticker price.

The assumption is that an incoming student receives a financial aid package that is fixed in terms of dollar amount and that static dollar amount of aid remains constant over the years the student is with you.  For example, presuming tuition is $25,000 and the discount is 40%, this fall’s incoming freshman pays a net of ($25,000 – $10,000) or $15,000.

The process is not complete with this calculation, however.

The challenge arises when you advance current year freshman net tuition three years ahead to their senior year and it winds up being LESS than what is currently charged to seniors.  I call this “Micro Price Deflation” meaning that net prices at the institution are being driven downward over time, putting long term stress on financial resources.  If your three year projected return is negative, discount escalation for the current freshmen is too high.  Of course, if population growth is out of sight, much of this can be masked.  And yet, if you’re like most who are seeing a flat to declining population, Micro Price Deflation can wreak havoc.

The picture below is a snapshot from our COMP4cast model and shows how advancing net tuition can be presented, based on fall reports of discount by class. Note the meager returns from the sample data – 1.1% for new freshmen and a mere 0.6% for juniors.

I urge you to calculate your aid by class and to advance net tuition revenue for each class through their senior year.  If the rate of return is abysmally low or negative, some adjustment is needed.  Otherwise, the budget challenges of today may well become the budget disasters of tomorrow.

What can higher ed learn from Kodak?

A Word About Athletics 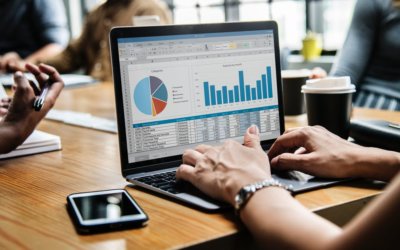